Operations carried out on concrete slabs

Products and Services Maintenance and restoration Restoration and reconstruction
Share on

Drying shrinkage is a phenomenon that affects everything made of concrete. It takes the form of a contraction caused by the evaporation of the water contained in the concrete towards an environment that is unsaturated with vapour.
There are two main types of dry shrinkage:
If drying takes place too rapidly, cracks can appear on the floor.
Recodi carries out operations to reconstruct concrete-slab floors that have become deformed or cracked. To do so, it uses injections of Recomat 100 non-shrink grout. This is a shrinkage compensating product – i.e. it increases in volume during the setting phase, and as a result it is possible to limit the contraction effect due to shrinkage.
In this way, the vertical movement of the slabs at the joints is stopped, thus eliminating potential degradation and achieving cost savings on future maintenance both to the surface itself and to transit and goods-handling vehicles. Best of all, this solution boosts worker safety.

Floors are subject to gradual wear over time, the extent of which depends on the use to which they are put. There are various activities that have an adverse effect on the surface: from the traffic of goods-handling traffic to the use of chemical substances and the presence of heavy loads.
It is possible to restore the surface by firstly conducting a preliminary analysis of the problem before selecting the most appropriate method of reinstating the original conditions.
Depending on the requirements, cement mortar or polymer coatings can be used. IN addition, treatments can be carried out to consolidate the most friable areas, reinstate slopes or level areas, stop the production of dust, lower the absorption of chemical substances and oil and improve the appearance.
These various solutions make it possible to achieve surfaces that retain over the long term their mechanical resistance, resistance to chemical aggression, waterproofing, ease of cleaning and attractive appearance.

Floors are subject to degradation caused by utilisation and by natural agents. Indeed, cracks, splits and detachment of the surface can be caused both by the use to which the floor is put and by natural events such as rain and rapid temperature shifts.
Recodi deals with the removal of the most unstable and damaged section of the flooring, such as existing gres tiles that have split and become detached from the surface. We then reconstruct the screed using Recoquarz hardener or a polymer coating. This operation is geared towards giving the surface greater mechanical and chemical resistance and to making it non-absorbent and easy to clean.

Operations on surfaces damaged by icing/de-icing

Ice and fire cause considerable damage to surfaces, both in structurally (formation of cracks) and chemically (very high temperatures compromise the resistance of the floor).
Cycles of icing and de-icing cause the detachment of the surface of the floor. Water penetrates into the concrete and increases its volume as it moves from the liquid to the solid state. Another source of damage is the incorrect use of de-icing salts, which trigger an alkali-aggregate reaction, resulting in the detachment of the circular portion of the floor (this is known as “pop-out”).
Fire also has a very detrimental effect on the floor: as the reinforcements heat up, they expand, creating tensions in the concrete until they end up breaking out from it. If the floor is exposed to high temperatures for a prolonged period, the reinforcement can lose its resistance to traction, causing the structure to collapse.
Recodi mills the damaged later and the proceeds with the reconstruction operation, using grout anchored in place with an epoxy adhesive bridge. In this way, the original levels of resistance and durability are reinstated.
Share on
Maintenance and restoration
The importance of maintenance
Repairing cracks and joints
Restoration and reconstruction
Restoration and reconstruction: want more information?
We're at your service! Contact us for a free consultancy on a no-obligations basis.

Analysis of the intervention area included 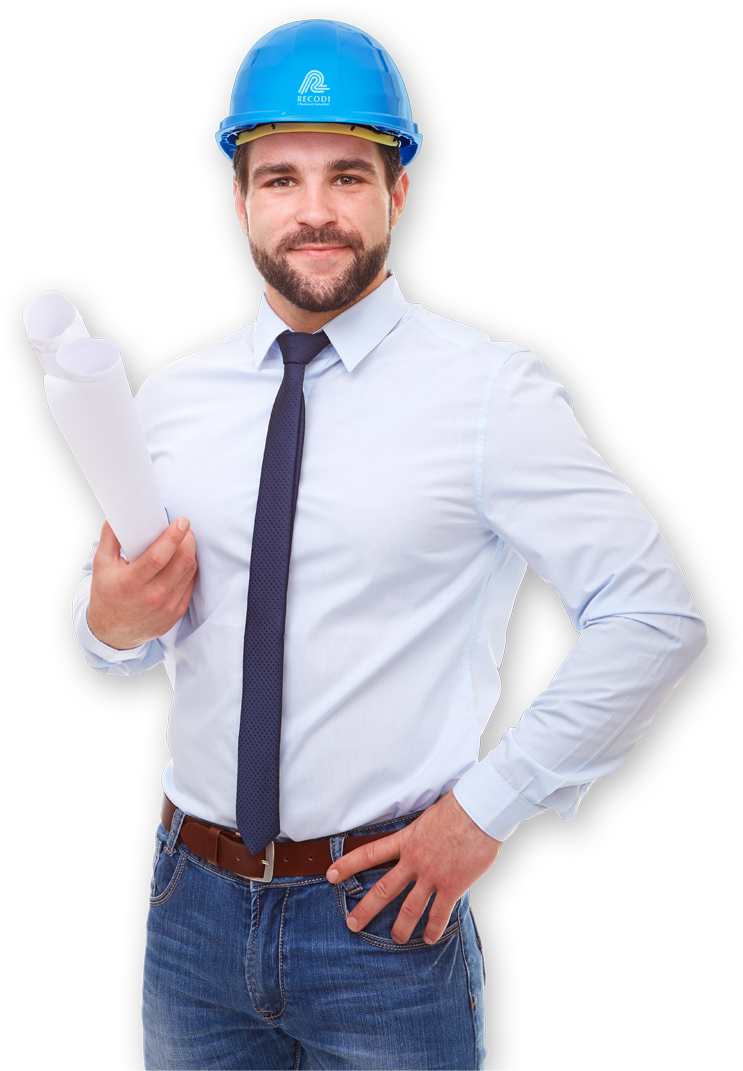 Your request has been sent successfully
A Recodi technician will get back in touch with you shortly.

Cookie policy
This site uses technical, analytical, and third-party profiling cookies to analyze your preferences and send you commercial communications according to your interests. By clicking "Customize" you can choose the cookies to which you give your consent. By selecting "Accept all", you give explicit consent to profiling and with the “Technical cookies only” button, browsing will continue without cookies or other tracking tools other than technical ones. To learn more, please see our Cookie Policy.
Accept all
Only technical cookies
Customize
Cookie preferences
This site uses technical cookies to allow you to browse through its contents. The site also uses third-party profiling cookies to send you advertising in line with your preferences. Through this menu you can choose whether or not to allow us to use the different types of cookies installed through this site.
Technical cookie
Recodi.it, Google Analytics, Google reCAPTCHA
Profiling cookies
YouTube, Google
Accept Deactivate
Save and close